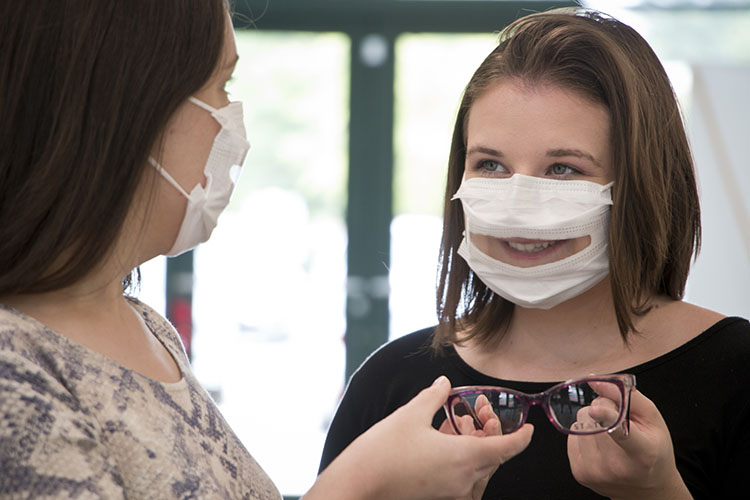 DENVER — It’s easy to take things for granted, like being able to talk with your doctor when you need to. But what if you couldn’t?  Sometimes the simplest of ideas can make the biggest of differences.

Tim Tyler said he had to learn to cope with losing his hearing after serving in World War II.    “I had ringing in my ears,” Tyler said. “And gradually it got worse or worse over the years.”   He got hearing aids, and learned to read lips.  “It was very helpful,” Tyler said. “You use it unconsciously when you look at people. I can hear a lot better than if I go this way.”  So when Tyler ended up at Presbyterian/St. Luke’s Medical Center battling pneumonia, his doctors wearing traditional face masks made communication a challenge.

So they traded those masks for one with a clear opening at the mouth.   It was an idea the hospital got from one of its bedside nurses, Cindy Schauer. She was struggling to communicate with a patient’s mother, who is hearing impaired.”Throughout the day I would have to step out the room take my mask down,” Schauer said. “Then foam in foam out, do all the sanitary things to get back in isolation. And after 12 hours I was frustrated for the mom. Because I’m like other people might not really try to let them read their lips. Plus it took a lot longer.”  Schauer talked with her daughter, who is hearing impaired, and learned about a clear face mask called “The Communicator.”

“Necessity is the mother of all invention,” said Dr. Anne McIntosh, who developed The Communicator.  McIntosh is also hearing impaired and relies heavily on reading lips to communicate. While in the hospital for more than 24 hours giving birth to her daughter, she was unable to understand her doctors and nurses who were all wearing traditional masks.   “I just remember the fear that came over me during that encounter,” Dr. McIntosh said. “And it was so preventable had simply been able to follow the conversation.”  She wanted to do something about it and came up with an idea; a face mask with a clear window.  “It’s the little things in life that make a difference though right?” Dr. McIntosh said.

Now, The Communicator is the first FDA approved medical mask of its kind; one Dr. McIntosh believes can change the face of health care.  “The better I can understand what you’re saying to me the better I can respond so that you can help me,” Dr. McIntosh said. “I need to be able to help you so that you as a health care or dental provider can assist me.”  “It’s a great invention,” Tyler said. “Why somebody didn’t think about it before. I don’t know. But I figured it’s a great thing.”

A simple solution, clearing the way for something often taken for granted.

Thanks to everyone at Presbyterian/St. Luke’s Medical Center and especially Cindy Schauer for her support!

If your hospital or practice would like to try out The Communicator and improve communication with patients, contact us Sales@safenclear.com. 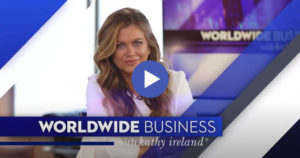 Wearing Masks in the Workplace to Support Accessibility and Inclusion

Tripledemic Concerns – How Can You Avoid RSV, Influenza and COVID-19 This Winter?

Bundles of FUN: Improving the OR Experience for Children